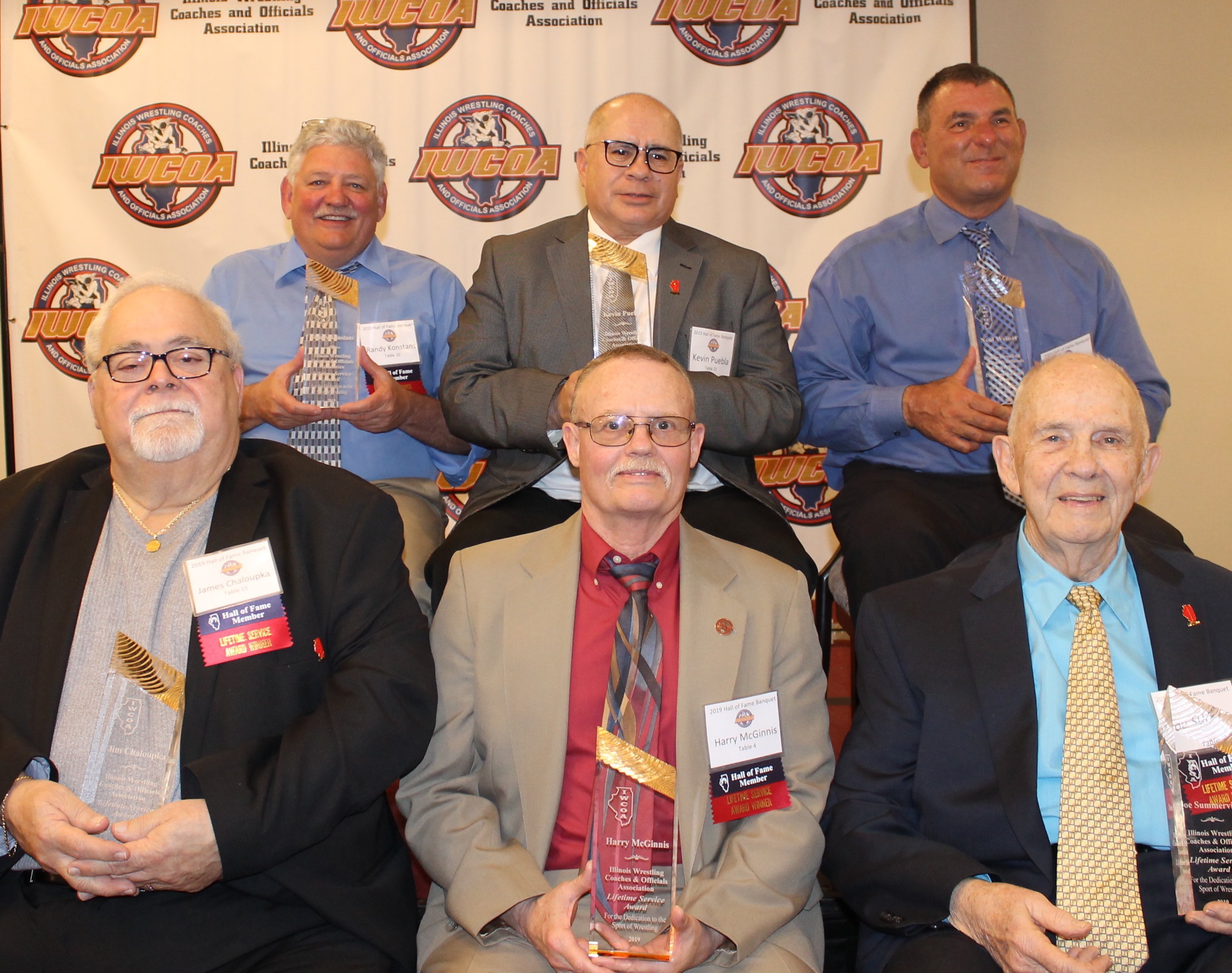 Athletic Director Harry McGinnis (seated, center) has helped establish Triton College as one of the premier destinations for students looking to continue their athletic pursuits while receiving a high-quality college education. During his tenure, McGinnis has helped countless students reach their academic and personal goals while achieving success on the athletic fields.

In addition to his role as athletic director, McGinnis was also Triton’s longest-serving head wrestling coach from 1989-2018, before stepping into an assistant coaching role prior to the start of the 2018-2019 season.

The Trojan wrestling team achieved great success with McGinnis at the helm, highlighted by winning the 1997 NJCAA national championship. McGinnis received National Coach of the Year honors that year as well. His teams also earned third place finishes at the national tournament in 1994, 1995 and 2006.

In recognition of his distinguished career and accomplishments, McGinnis received the Lifetime Service Award from the Illinois Wrestling Coaches and Officials Association (IWCOA) in 2019.

“Coach McGinnis is one of the most selfless people I know and has had a positive impact on so many lives,” said current Triton College head wrestling coach Tim Duggan, who is also a former Trojans wrestler. “I will be forever grateful to coach McGinnis and hopefully I can continue the work he has done to keep the winning tradition alive at Triton College.”